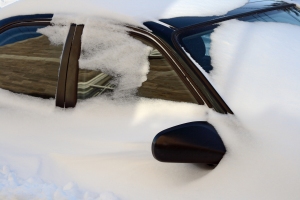 Sometimes a photograph can prompt a feeling that leads to a story you didn’t know you had in you.

Take a look at this photograph and ask yourself: “who is there?” “what’s the story?” “what do I want my reader to believe as a result of reading this story?”.  Often when you feel compelled to write a story, it has inherent meaning and importance – even if it might not be immediately evident to you.

Realization can be the reason you tell a story.

On that frigid Thanksgiving morning Adrienne packed her suitcase, lap-top, books and groceries and willed her car to power through the deep, rutted snow to the end of her street and onto the main roads. With her heat and defrost on full blast, windshield wipers batting snow and ice, she almost missed the exit to the interstate. Her little car was not built for Colorado winters and she hoped to stay enough ahead of the storm that the real accumulation would wait until she reached Santa Fe, New Mexico 456 miles away.

Two days ago Ed made one last pitch to get her to take the two day drive with him to his parents’ dark, over-decorated ranch house in the Plains for Thanksgiving.

This led to the same circular argument they’d had for weeks.

“I don’t want to spend Thanksgiving with your family. I didn’t marry them. I’m barely married to you, and I’m through faking it for the holidays.”

“You wouldn’t have to fake it.” He said, failing to recognize the dead in her eyes. “If you come with me it can be a new start for us.”

She took a deep breath. Each year he promised it would be different.

“I’m through arguing.” She put on her coat. “We’re finished.”

It appeared that no one traveled this stretch of road on Thanksgiving Day. She imagined the deserted, silent highway filling with snow, becoming indistinguishable from the landscape before she could reach Santa Fe. How long would it take someone to find her if she skidded off the road? She looked at the odometer – 102 miles behind her.

If she had never married Ed would she be hurtling down I-25 alone in Colorado on Thanksgiving Day? Possible, but not likely. Each day, week, month, year, the losses had accumulated.

Her grief was monumental and by mile 180 she realized that her body-slamming sobs had nothing to do with leaving Ed. She wished she’d never met him.

Her gas gauge showed almost three quarters of a tank, but she stopped at a filling station, afraid there might not be another. In minutes snow frosted her coat and covered her car, forcing her to find her gloves and scoop the windshield clean so that she could see to drive.

With 276 miles ahead of her she turned off her cell phone. This would be about the time he started calling.

Imagine your main character. Set a time and place. Ask yourself “what has just happened to upset the balance in my character’s life?” It could be something as monumental as the loss of a loved one, or it could be a seemingly minor event, such as losing the car keys or getting a flat tire. Now write what follows, keeping in mind that your character’s need or desire is the engine of your story.

Give yourself 10 minutes to write, once you start writing don’t stop until ten minutes is up. This prevents the editor in you from interrupting your creative flow.